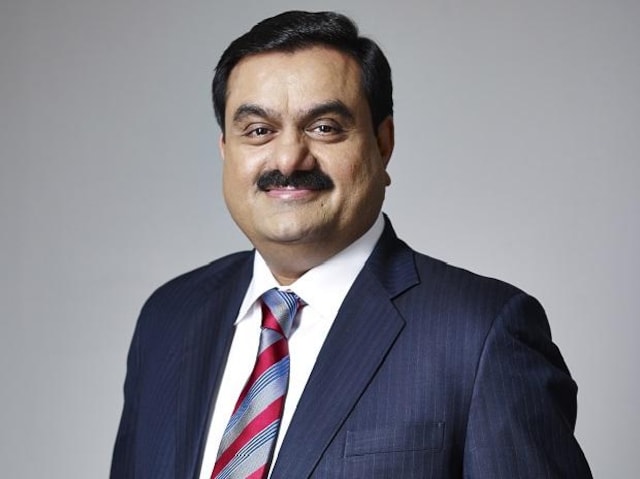 Gautam Shantilal Adani (born 24 June 1962) is an Indian billionaire tycoon. He is the chairman and founder of Adani Group, an Ahmedabad-based multinational conglomerate involved in port development and operations in India. Adani is also the president of the Adani Foundation, which is primarily led by his wife, Priti Adani. As of 29 September 2022, with a net worth of US$134.5 billion according to Forbes and $128 billion according to Bloomberg, he is the richest person in both India and Asia. According to both the Bloomberg Billionaires Index and the Forbes Real Time Billionaires list, he is the fourth richest person in the world.

As a teenager, Adani moved to Mumbai in 1978 to work as a diamond sorter for Mahendra Brothers.

In 1981, his elder brother Mahasukhbhai Adani bought a plastics unit in Ahmedabad and invited him to manage the operations. This venture turned out to be Adani’s gateway to global trading through polyvinyl chloride (PVC) imports.

In 1985, he started importing polymers for small industries In 1988, Adani opened Adani Exports, now known as Adani Enterprises, the holding company of the Adani Group. Originally, the company dealt with agricultural and power commodities.

In 1991, the economic liberalization policies turned out to be favorable for his company and he started expanding the businesses into trading metals, textiles, and agro products.

In 1996, the power business arm of the Adani Group, Adani Power, was founded by Adani. Adani Power holds thermal power plants with a capacity of 4620MW, the largest private thermal power producer in the country.

In 2006, Adani entered the power generation business.[14] From 2009 to 2012, he acquired Abbot Point Port in Australia and Carmichael coal mine in Queensland.

In May 2020, Adani won the world’s largest solar bid by the Solar Energy Corporation of India (SECI) worth US$6 billion. The 8000MW photovoltaic power plant project will be taken up by Adani Green; Adani Solar will establish 2000MW of additional solar cell and module manufacturing capacity.

In November 2021, while speaking at the Bloomberg India Economic Forum, Adani said the group is investing USD$70 billion in the new green energy business. In July 2022, he offered new details on how this investment will be utilized to build three giant factories – solar, electrolyzer (to make green hydrogen), and wind turbine plants.

In February 2022, he became Asia’s richest person, surpassing Mukesh Ambani. In August 2022, he was named the 3rd richest person in the world by Fortune.

In May 2022, the Adani family acquired Ambuja Cements and its subsidiary ACC from Holcim Group for $10.5 billion, through an overseas special-purpose entity.

In August 2022, AMG Media Networks Limited (AMNL), a unit of Adani Group, declared that it planned to buy RRPR Holding, owner of 29.18% of national news broadcaster NDTV, and made an open offer to buy a further 26%. In a statement, NDTV said that Adani acquired his stake via a third party without informing the company’s founders, former journalist Radhika Roy and her economist husband Prannoy Roy, and that the deal was done “without discussion, consent or notice.” This bid also raised concern regarding editorial independence in India, since Adani is considered to be close to Prime Minister Narendra Modi’s ruling Bharatiya Janata Party.

Gautam Adani is married to Priti Adani. The couple has two sons, Karan Adani and Jeet Adani. He is a member of the Jain International Trade Organization (JITO). He was abducted and held hostage for ransom in 1998, but was released without collecting the money. He was in the Taj Mahal Palace Hotel during the 2008 Mumbai attacks.

Adani is the owner of the Adani Foundation, funded through the Adani Group. It was founded in 1996. Other than Gujarat, the organization operates in the states of Maharashtra, Rajasthan, Himachal Pradesh, Madhya Pradesh, Chhattisgarh, and Odisha.

In March 2020, he contributed ₹100 crores (US$13 million) to the PM Cares Fund through his group’s philanthropy arm, to fight the Coronavirus outbreak. A contribution of ₹5 crores (US$630,000) was made to the Gujarat CM Relief Fund and ₹1 crore (US$130,000) to the Maharashtra CM Relief Fund.

Adani-led diversified conglomerate Adani Group imported four ISO cryogenic tanks filled with 80 metric tonnes of liquid medical oxygen from Dammam in Saudi Arabia to Mundra in Gujarat. The group also secured 5,000 medical-grade oxygen cylinders from Linde Saudi Arabia. In a Twitter post, Adani shared that each day his group is supplying 1,500 cylinders with medical oxygen to wherever they are needed in the Kutch district of Gujarat. In June 2022, Adani has committed to donating Rs 60,000 crore ($7.7 billion) to social causes. Adani’s corpus will be administered by the Adani Foundation, making it one of the biggest transfers to a philanthropic trust in India.